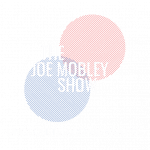 A while back, I got invited out to Oklahoma to participate in a conference for podcasters. All the best Christian, conservative, patriotic podcasters were going…and me!

I was excited, nervous, anxious, and all sorts of different emotions.

Then, I realized I was overbooked. My oldest son’s first piano recital was at the exact same time…1500 miles away. One of the events was getting removed from the calendar.

Obviously, the conference was the one to ax.

My son did a great job. He’s only been playing for 3 months…it does help a teeny tiny bit that both of his parents have music degrees…but that’s a story for another time.

I was preparing him to handle nervousness and stage fright, but he didn’t need it. He said he was more excited than nervous. That’s awesome!

Today was a long day but an awesome day.

Keep up with Joe Mobley

Stay up to date on the latest from The Joe Mobley Show. Get exclusive offers, discounts, limited edition merch, and early access to content.

Come out of the conservative closet

“Do what is easy and your life will be hard. Do what is hard and your life will become easy.”
Les Brown
"Have I not commanded you? Be strong and courageous. Do not be afraid; do not be discouraged, for the LORD your God will be with you wherever you go.”
Joshua 1:9
“Problems are what make us grow. Problems are what sculpt our soul. Problems are what make us become more.”
Tony Robbins
"The LORD is a warrior; the LORD is his name."
Exodus 15:3
"To strive, to seek, to find, and not to yield."
Lord Alfred Tennyson
Previous
Next